The Duke and Duchess of Sussex have officially said, thank you and goodbye to their royal titles.

For nearly two years as a British monarch, Meghan Markle has given up her title as Her Royal Highness and will be known officially as Meghan, Duchess of Sussex. Although her husband Harry remains a prince, he’ll be known as Harry, Duke of Sussex.

Details of their choice to step back from royal duties have been carefully parceled out over the last two weeks, including yesterday’s official statements from The Queen and Buckingham Palace. However, it’s clear that British public criticism of Meghan’s biracial background was the impetus for their departure.

Last July, British writer Kelechi Okafor wrote an op-ed about the public disapproval Meghan received guest editing the September issue of British Vogue: “What is on display here is a dislike for Meghan because of her biracial heritage. She is receiving more criticism because her blackness isn’t something that can be ignored since her mother is very much black and very much in the public eye.” 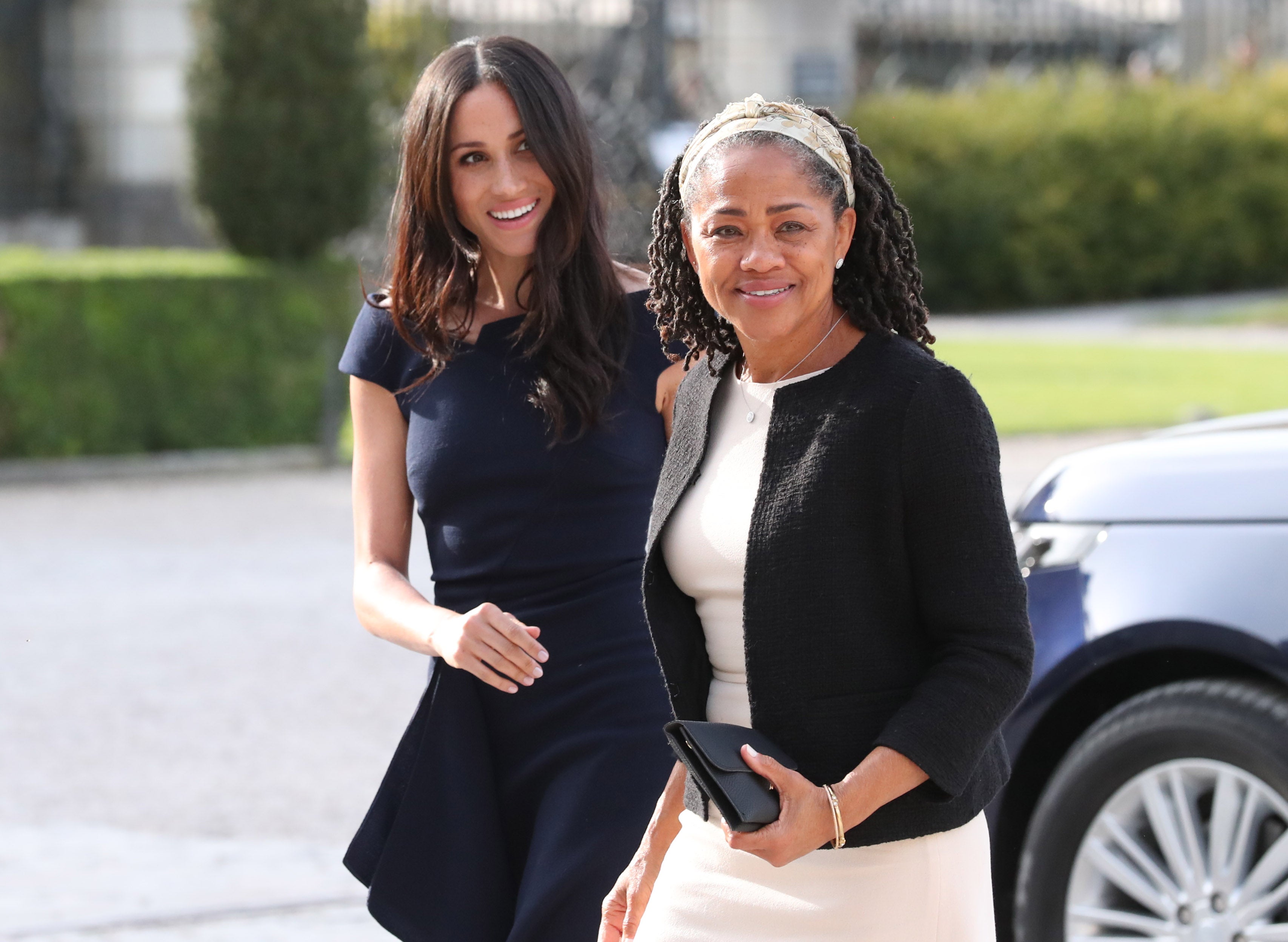 BERKSHIRE, ENGLAND – MAY 18:Meghan Markle and her mother, Doria Ragland arrive at Cliveden House Hotel on the National Trust’s Cliveden Estate to spend the night before her wedding to Prince Harry on May 18, 2018 in Berkshire, England.(Photo by Steve Parsons – Pool / Getty Images)

Of course this is one of many examples of racist scrutiny Meghan has endured since her and Harry’s relationship went public in 2016.

In an ITV video interview last October, Meghan emotionally confessed to the struggles of adjusting to life in the U.K., especially under the harsh gaze of British tabloids. She said, visibly holding back tears, “It’s hard… I never thought this would be easy, but I thought it would be fair and that’s the hardest part to reconcile.”

While the news of Meghan and Harry’s split with the monarchy continues reverberating around the world, details of their new life outside of the royal spotlight is slowing coming into focus. As revealed earlier this month on their Website, the couple will split their time between the United Kingdom and North America, “reshapen and broaden access to their work through specialist media,” and create a charitable entity “to advance the solutions the world needs most.”

The post Just Call Them Meghan and Harry appeared first on Essence.

Milwaukee Shooting Motive Is Blamed On Alleged Racism At Brewery With...