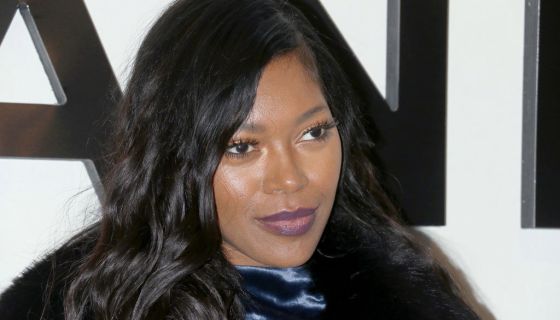 The relationship between supermodel Jessica White and media mogul Nick Cannon has been an interesting one to witness. From the outside looking in, the only time we even considered or recognized that these two were together was when Cannon seemed to be disrespecting or completely disregarding her in one way or another.

If you know their history, you know there were the crude and crass song lyrics about their sex life.

There was the fact White, who is notoriously private, seemed to be the only one publicly acknowledging their relationship.

And then the nail in the coffin came when she attempted to graciously accept the news that despite being in a relationship with her at the time, Cannon was expecting a second child with his “ex” Brittany Bell.

What we didn’t know at the time was that White learned of this bundle of joy the same time we did. Meaning, despite their six-year relationship, and what White describes as a true friendship, Cannon wasn’t being entirely honest.

And what we didn’t know that as she learned about Bell’s pregnancy, she was still healing from the miscarriage she had just suffered weeks prior. It was Cannon’s baby.

Ultimately, White decided that she couldn’t make things work with Nick. And during a recent interview with Hollywood Unlocked, she shared her emotions learning of the pregnancy, dealing with the miscarriage, and her disappointment in the fact that Cannon did not come to her defense.

See what she had to say in the highlights from the interview below.

[I wasn’t aware that she was pregnant.] But she was aware that I had just had a miscarriage, two weeks prior to her news coming out. I was living at his house and she knew that as well. But I found out on Instagram, along with the rest of the world.

I was going through a lot of things, which I won’t even relive. I was still going through my hormonal changes and we were about to start in vitro. So when I came out, people felt like I was a homewrecker. No, there was a real life going on. And I was bullied for months behind that whole situation. I was trying to be nice about it. We didn’t break up right away. We were actually trying to work things out. He was with me for my birthday. It wasn’t until I went home to New Orleans and I had to ask myself some questions, like, ‘Angel, is this something you feel like you can handle? Can you deal with this?’ And the answer ended up being no.

Did Nick protect her from the bullying?

We actually spoke about it three weeks ago when he said he was going to write his wrongs and say something. I think he is a man of his word and he eventually well. It is [incredibly painful] and I expressed that to him as well. He should have. He said he will so I believe that.

Was the biggest betrayal the baby or the fact that he didn’t protect her?

The child was conceived when we weren’t together. We had broken up for eight months. That’s why I didn’t flip out about it because stuff happens. I’m a very reasonable woman. For me, it was you know how private I am. You know how sensitive I am. You need to say something. He doesn’t even stand up for himself publicly. So I know how he operates.

How she went from forgiving Nick to ending the relationship.

You asked me how I forgave it. We weren’t together. I’m not saying he had break up babies. I just wasn’t in his life.

Why she couldn’t forgive the second baby.

I did. But then went home and was like, ‘I’m not going to be able to see more Christmas photos now with the second baby.’ These are just things you have to be real with yourself.

We loved each other so it wouldn’t take too much time. I might start an argument or something and we’d be back talking.

How she found the courage to walk away?

You just walk away. You really mean it. I didn’t mean it the other times. This time I meant it. So it was kind of easy. My mind was like, ‘Okay, we’re going to do this.’ And it made it really easy to be surrounded by good loved ones, people who everyday reminded me not to go back.

I’m going to tell you why [I’m not angry.] Because I’m so disattached from it. And it would be another thing if I still wanted the relationship but I don’t. So I’m not upset with it because my feelings are not attached anymore. Had my feelings been attached, I’m sure this would be a different interview. It’s just not the case anymore. When I said those soul ties have been severed on behalf of me and him. Emotionally, I’ll always care for him but it’s matured.

Initially, I was so concerned about what was going to happen with he and I and our relationship. Because you have to understand, me and him, for the first time ever, were happy and we were getting along. We had learned to have arguments and disagreements. We had really got through our growing pains. Then all of a sudden it was like, ‘This is my going.’ And my ancestors were like, ‘No, you’re not.’ So I was really trying to [determine] what’s going to happen between him and I…I really had to get it together so I wasn’t able to really process all of it right away.

Would they still be together if Nick had defended her?

I’m not taking up for him, by any means. But the woman’s pregnant. That is the mother of his children. I know [I had just lost my child] but he’s not going to do that. He has a child. He made his decision though. And that was his decision. And I totally can understand it. I understand the dynamic. I’m not saying that he shouldn’t have stood up for me. He should have. He should have found a way to do it. And he chose not to. It’s not going to affect me moving forward.

Though Jessica clearly went through some hell in the six years she was dating Nick Cannon, she said she is open and excited about love again and is dating a new man she is hopeful about.

You can watch her full interview in the video below. 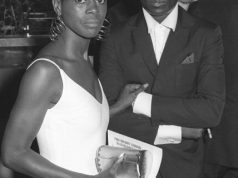 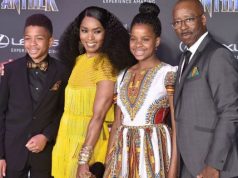 “You Will Learn To Take Care Of Yourself”: Angela Bassett Highlights The Importance Of Teaching Boys To Cook And Clean 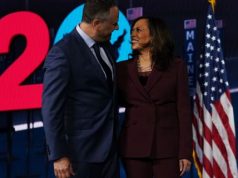 Doug Emhoff Emailed Kamala Harris His 4-Month Availability After Their First Date: ‘I Didn’t Want It To End’